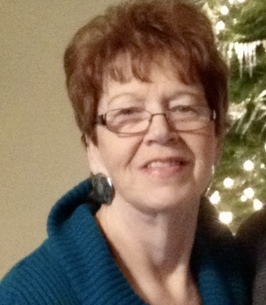 Avis A. Gandy, 1944-2022
Our world got a little smaller and we gained a new angel to watch over us. It is with heavy hearts that we announce the passing of our beautiful wife, mother, grandmother and friend Avis A. Gandy of Southaven, formerly of Hernando Ms. Avis passed away peacefully in her home and went to be with the Lord on Friday August 26, 2022, at the age of 77.
Born on October 3, 1944, in Washington DC, she was the daughter of the late Clifford USN (Ret.) and Lillian L. Price of California.
Avis began her life as a Navy “Brat” moving around to different Naval Bases where her father was stationed. At Christmas in 1962 her parents invited a couple of sailors that could not get home for the holidays to spend Christmas with their family. It was on that day that she met her future husband, they were married the following year just before Christmas. Her life as a Navy “Wife” began, she accompanied her husband from coast to coast and overseas to both Subic Bay, Philippines and Naples, Italy with four children until he retired after 26 years of service. She dedicated her life to being a wife and mother which was the full-time job she wanted. In addition to being a Navy “Brat” and “Wife” she was also a proud Military Mom with two of her children joining the military with one in the Navy and one in the Air Force.
She Never Wore The Uniform, But She Served Her Country Proudly And With Honor.
She leaves to carry on her memory, her husband of 58 years Arthur D. Gandy USN (Ret.) whom she married on December 14, 1963; four children, Bryan (Joyce) of Austintown OH, Lisa of Southaven MS, Steven (Randi) of Memphis TN, Arthur (Heather) of Southaven MS. In addition, she leaves three granddaughters, Stephanie Danette of Boston MA, Melissa (Cameron) Jones of Southaven MS and Myleigh of Memphis TN.
Avis was preceded in death by her parents Clifford and Lillian Price and two brothers Jim and Jack.
A Celebration of her Life will take place on Thursday September 8th at Hernando United Methodist Church, 1890 Mt. Pleasant Rd., Hernando Ms.
Family and friends will be received from 2:00 to 3:00 pm with services to follow at 3:00 pm.
In lieu of flowers, memorial tributes may take the form of contributions in Avis Gandy’s name to Hernando United Methodist Church or the National Military Family Association at militaryfamily.org