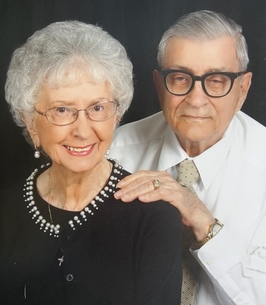 William Leslie Fowler, Jr, 93 years of age, passed away to his eternal home March 1, 9:48p.m, 2022 at the Baptist Reynolds Hospice House in Collierville, Tn. He was a longtime resident of Hernando, Ms.
Affectionately known as "Bill" by family and friends alike, he is survived by 3 sons, Jesse, Paul, and David Fowler, and a daughter, Jackie Fowler Ritchie.
He is also survived by 9 grandchildren and 13 great grandchildren.
Bill Fowler was a member of Parkway Baptist Church in Hernando Mississippi, and served as a deacon there. He also served our country as a sergeant in the United States Army April 2, 1946 - January 12, 1949. He was commended in a letter of appreciation by the Engineer section of the United States Army for his outstanding work, character, and soldierly manner. He also received an official commendation of the United States Army for sustained superior performance in the Corps of Engineers. After serving in the Army, Bill worked as foreman of the plate shop of the Corps of Engineers, Ensley Engineer Yards. He received numerous commendations yearly until his retirement after 29 years of federal service.
The family will be receiving friends Monday, March 7th, from 12-2 pm with a services starting at 2 pm at Parkway Baptist Church. Interment to follow at Hernando Memorial Park.