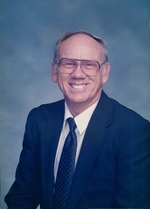 Family will be receiving friends at 12 pm, December 7th, at Hernando Funeral home with a service beginning at 1 pm. Internment to follow at Hernando Memorial Park.