To share your memory on the wall of Elhanan Bryant, sign in using one of the following options:

To send flowers to the family or plant a tree in memory of Elhanan "Sonny" Bryant, please visit our Heartfelt Sympathies Store.

We encourage you to share your most beloved memories of Elhanan here, so that the family and other loved ones can always see it. You can upload cherished photographs, or share your favorite stories, and can even comment on those shared by others.

Posted Nov 30, 2020 at 07:01pm
Sonny appointed me his Hernando Planning Commissioner for two terms. He never influenced anything I did, and I never enjoyed or worked harder at any job I had. He was an incredibly honest person who wanted only the best for his small town.
Comment Share
Share via:
HS

Flowers were purchased for the family of Elhanan Bryant. Send Flowers

Posted Nov 29, 2020 at 08:28pm
Dear Paul, Jennifer and family I am so sorry for your loss. While I never had the pleasure of knowing Mr. Bryant I have heard many good things about him from others. I know you will all miss him greatly and I will be praying for you and all the family. Love y’all my friends. Martha Tutor.
Comment Share
Share via:
MS

Posted Nov 29, 2020 at 06:07pm
My thoughts and prayers are with you and your family during this most difficult time. I attended Hernando High School with Sonny, having graduated in 1960. I remember Sonny well and I have lived in Wyoming for many many years, my infrequent visit's has always meant touching base with my fellow HHS graduates. With kind regards and thoughts. 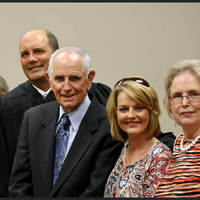 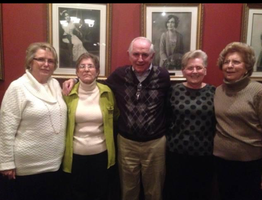