To share your memory on the wall of Sherrlan Kay Conlee, sign in using one of the following options:

In her Mississippi River hometown of Caruthersville, Missouri, her father worked building fiberglass Chris-Craft boats, and her mother worked at the Brown Shoe
Factory (and laid the foundation for Sherry’s elevated cooking skills).

When Sherry was 11, her father took a job applying his fiberglass skills to airplane wings and moved the family with Sherry, brothers Allen and Steve and sister Cyndi to another river town, Helena/West Helena, Arkansas. On moving day Sherry cried all the way to Arkansas.

Their new house and her father’s job were located on a former military base and flight school. It was a place set apart, safe for good adventures for pre-teens and their younger siblings.

That sense of place and free-spiritedness during her coming of age had a big influence on Sherry and moved her nephew Rob to say Sherry was “the quintessential
‘Cool aunt’ ” ... or perhaps it was the 1960’s and she was just an old soul hippie.

Sherry attended Central High School in Helena/West Helena and afterward worked
for years overseeing seamstresses at the sewing factory Bobbie Brooks/Helena Sportswear. Sherry was an incredible seamstress herself and made many a coat
for her family that could rival any store-bought.

Sherry and Alvin divorced in 1989, but not before building onto their out-in-the-country home where Sherry, yes, did absolutely frame windows, probably by herself, because that’s how she preferred to do most things: by herself.

Sherry’s brother Steve said, “Sherry was a steadfast, no-nonsense, and non-judgmental older sister whose guidance could change my point of view.”

Strong and independent also comes to mind in a description by her son, Chuck, who lives in Fayetteville, AR. with Myrya and three full energy sons, Daegan, Zander and baby Charles Allen. He said she was “as beautiful as the moon is bright, strong and warm as the sun”.


Carol now lives in Portland with her totally delightful young girls Micah and Noa.
She said her mom sacrificed much in her lifetime to make sure they had what they needed while doing without herself.

“She seemed to put herself last even until her passing. She was one of the kindest, most gentle people I will ever meet, and I am grateful for her bringing me into this world.”

Indeed, one of the last texts with her sister Cyndi was a requested list of fruit for her husband, Johnny. “Thanks, sister, I know he wouldn’t think about fruit.”

Sherry worked with Bally’s Casino as a slot supervisor and in the early 2000’s moved
to Hernando, Mississippi. She later served as circulation director for The DeSoto Times before her most recent position at Air Venture Flight Center, a flight school in Olive Branch, which interestingly brought her full circle to earlier years living on the military flight school base.

On July 11, 2020, more than 30 years after her divorce, Sherry experienced one of the happiest days of her life when she and her true prince charming, Johnny Conlee, were married, her brother-in-law Tom officiating, in a sunflower-filled outdoor wedding on their lawn in front of friends, family and the hitching post Johnny made especially for their nuptials.

Sherry enjoyed making jewelry, planting flowers in her many outdoor baskets, collecting colored glass bottles, and decorating her home according to each season. As her husband Johnny attested, “If there’s a season, Sherry has a box for it in the attic.”

She loved going to live music events including the Helena King Biscuit and the Memphis International Blues Challenge. She craved being in the sunshine in their pool, at the beach, while camping or on cruises, but most of all she loved entertaining family and friends, always offering their gracious home and shade-filled lawn for corn hole, poker and horseshoe games, complete with bonfire, or holiday gatherings with family.

Her sister Michelle said, “Sherry had a mantra in life, I believe. She would always just as a matter of fact believe no matter the challenge, it was gonna be alright. Sherry would say: ‘It’ll be auright, it’ll be just fine’.”

With no family member present due to Covid-19, maybe those were the very words she thought to herself as she told her husband on the phone she had to go so she could sign papers for the ventilator that was to let her lungs rest and try to heal. “It’ll be auright, it’ll be just fine.”

When Sherry died on Nov. 17, she was not surrounded by her family and loved ones. Not even her newly wedded husband of four short months could be by her side or hold her hand. She had Covid-19. She died alone, while family members languished isolated in their homes.

The last time Sherry’s family saw her alive was on a FaceTime while they quickly took turns trying to be brave and fighting back sobs to remain calm enough to tell her their last goodbyes, while watching compassionate nurse Morgan gently stroke her hair back from her forehead.

Sherry went into the hospital where staff did heroic work and tried everything they could given the condition of her lungs, but long excruciating days later she died. Alone.

Afterward, her sister Michelle said, “Sherry was the light and spread so much light to people in this world. She is still with us in the light forever and ever more.”

Her mother, Shirley, said,”Every day I wear the same one of Sherry’s recently handed down shirts and sweaters, look over all her photos, re-read all her text messages, tell her I love her and that ‘it’s going to be ok’.”

She was preceded in death by her father, Dalmas Oneil Benthal of Helena/West Helena, AR, and brother Allen Dale Benthal of Lexington, KY.

A Celebration of Life and memorial is being planned for what would have been her
first wedding anniversary, July 11, 2021. Due to Covid-19, there was no private family viewing and no public viewing or service. May peace be with you and your families.

“Sherry wasn’t sick. She had an extra strong internal fortitude, and she was at the zenith of happiness in her lifetime. Covid-19 took her in the most savage and heart-wrenching way while her loved ones had to sit and watch and do nothing but pray,” said her sister Cyndi.

May you choose to do your very small part, your simple act of kindness for the common good. Perhaps your smallest of gestures will help save another family, maybe your own, from this unbearable trauma and devastating grief.

In lieu of flowers, please consider a memorial contribution to the fund in Sherry’s memory that will be dedicated for causes that mattered to her, including VFW projects for those less fortunate and the House of Grace. Contributions can be sent to:

To send flowers to the family or plant a tree in memory of Sherrlan Kay Benthal Ray "Sherry Ray" Conlee, please visit our Heartfelt Sympathies Store.

There are no events scheduled. You can still show your support by sending flowers directly to the family, or planting a memorial tree in memory of Sherrlan Kay Benthal Ray "Sherry Ray" Conlee.
Visit the Heartfelt Sympathies Store

We encourage you to share your most beloved memories of Sherrlan Kay here, so that the family and other loved ones can always see it. You can upload cherished photographs, or share your favorite stories, and can even comment on those shared by others. 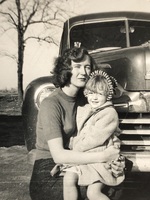 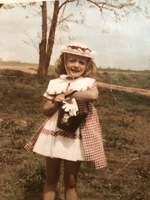 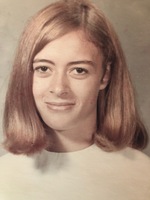