To share your memory on the wall of Cecil Hogan, sign in using one of the following options:

Print
Cecil “Rocky” Hogan, 73, of Nesbit Mississippi passed away on Saturday, April 24, 2021. He was surrounded by his loving family. Mr. Hogan leaves behind his wife of almost 53 years, Peggy, their four children (Terri, Christina, Joseph & Alia) and ... Read More
Cecil “Rocky” Hogan, 73, of Nesbit Mississippi passed away on Saturday, April 24, 2021. He was surrounded by his loving family. Mr. Hogan leaves behind his wife of almost 53 years, Peggy, their four children (Terri, Christina, Joseph & Alia) and eight grandchildren (Sarah, Emma, Ella, Jessa, Zoey, Kaylee, Leo & Conner) and his siblings Mary Hopper and James Hogan. He was preceded in death by his parents, Joe and Doris Hogan, his brother, Joe Earl Hogan, and his daughter, Debbie Hogan, who died as an infant.
His parents, Joe and Doris Hogan, taught him the value of family. He grew up in a humble household where he learned the ethics of hard work and responsibility. In his younger years, he gave his time and talent to organizations like the Jaycees and the ROTC. This shaped him into the leader he became.
Mr. Hogan was known to his church family and close friends as Rocky. He was a large man with an even larger presence. He was always the tallest person in every room. His voice was deep and loud and when he talked everyone listened. He was the life of the party, always with a quick whit or joke to put a smile on every face. He was kind and generous to everyone and loved others more than himself. He was a father figure to a great number of people and a friend to anyone in need. He was a shining example of the fruits of the spirit. Rocky had joy in his life and was always singing or humming. He was always making a joyful noise. His kindness and gentle ways showed others his love for Christ.
Rocky loved a great many things. As a Christian, he spread the word of God with his Gideon brothers every chance he was given. He loved everyone as a brother or sister in Christ. He was devoted to his family. He and Peggy had the kind of love and passion others dream of having for 54 years. Together they raised their children with unconditional love and taught by example what a Godly of man and wife should be. Rocky was proud of every achievement in the lives of his four children and his eight grandchildren, who all delighted his heart. He loved to watch sports. The U of M Tigers were his favorite team. He held season tickets for years and was a devoted fan. He loved his dogs especially his German Shepherds. He loved to eat. Breakfast was his favorite meal of the day and a meal wasn’t complete with out a hunk of meat. He loved to barbeque. His legendary Nesbit in May parties were the highlight of his spring every year. He loved to travel. Rocky and Peggy went all over the world and enjoyed every minute. He said if he ever won the lottery he would live on a beach in Jamaica.
Mr. Hogan had an amazing work ethic. He was a business man owning a security company for almost forty years. His talents abilities and love of God allowed him to minister to others in his work. He had many employees come to know the Lord because of his testimony and guidance. He always kept a bible on his desk, long before he started giving them out with the Gideons. He had a way of making everyone feel safe and comforted which made being a security professional a true part of who he was. He cared for his employees and did things no ordinary business man would do. He paid to bury more than one man and even kept a dying man on his payroll for over a year so his family wouldn’t go without. He never let anyone go without food or money. He would give his last dollar to anyone in need knowing God would bless him in return. He truly lived by Jesus’ teaching of “Verily I say unto you, in as much as ye have done unto one of the least of these my brethren, ye have done unto me.” Matthew 25:40 KJV
God blessed him with success and notoriety. He was involved in the security industry associations and was president of both the Tennessee and National associations and continued his work in every board position needed. He received every award they had to give because of the great work he did. His knowledge and passion for the industry launched many successful young men into lifetime careers. He was responsible for helping create a security industry insurance that protected small companies. This was an industry wide help and change he made possible. He worked tirelessly to better the lives of others.
He loved to read and write. He was honored to write for the security industry magazines and was featured on the cover and in articles regularly. He always read the newspaper cover to cover and paid special attention to the comic strips. He would cut them out and tape the up places or give them to anyone who needed a smile. He loved science fiction and often said he was going to be a writer in his retirement years. Since he saw every episode of every Star Trek, Star Wars, and Stargate ever made, he really could have come up with some amazing stories.
Rocky will be missed by everyone who knew him and his generosity. He had such a heart for others. Anyone could ask anything of him and he would literally give his last dollar and ounce of energy to make any request fulfilled. He had many blessings and talents from the Lord because he used them to God’s purpose.

But they that wait upon the Lord shall renew their strength; they shall mount up with wings as eagles; they shall run, and not be weary; and they shall walk, and not faint. Isaiah 40:31 KJV

To send flowers to the family or plant a tree in memory of Cecil "Rocky" Hogan, please visit our Heartfelt Sympathies Store.

We encourage you to share your most beloved memories of Cecil here, so that the family and other loved ones can always see it. You can upload cherished photographs, or share your favorite stories, and can even comment on those shared by others.

Danny and Cindy Gatton, The Security Central Monitoring Team, and other have sent flowers to the family of Cecil "Rocky" Hogan.
Show you care by sending flowers

Posted Apr 30, 2021 at 12:01pm
Extending our heartfelt condolences to the entire Hogan family on the passing of a true alarm industry icon and friend. Cecil's wit and wisdom will be missed...
Comment Share
Share via:
DG

Posted Apr 28, 2021 at 08:55am
Wishing you peace to bring comfort, courage to face the days ahead and loving memories to forever hold in your hearts.

The Security Central Monitoring Team purchased flowers and planted a memorial tree for the family of Cecil Hogan. Send Flowers

Posted Apr 27, 2021 at 10:16am
Thinking of your family and sending prayers during this difficult time. Cecil was a great colleague in the security industry and will be dearly missed 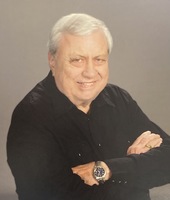