To share your memory on the wall of Michael Hammond, sign in using one of the following options:

After a hard-fought battle with Leukemia, Michael "Mike" Hammond, 73, peacefully went to be with our Lord on the evening of May 16, 2021. In his final days and hours, Mike was surrounded by his loving and devoted... Read More
Michael Woolsey Hammond

After a hard-fought battle with Leukemia, Michael "Mike" Hammond, 73, peacefully went to be with our Lord on the evening of May 16, 2021. In his final days and hours, Mike was surrounded by his loving and devoted family. His last day was filled with his precious granddaughter Mary, reading her favorite Bible verses to him.

No stranger to the battlefield, Mike was a sergeant in the United States Marines for four years, before being honorably discharged. Mike's life was greatly shaped by his experiences on the front lines during the Vietnam War, and he remained a proud veteran for the duration of his life.

Prior to joining the U.S. Marines, Mike graduated Kingsbury High School in Memphis, TN, where he was a beloved and popular member of his class. It was in high school that Mike met his beautiful wife, Janice Hamby Hammond, who preceded him in death.

An avid hunter and fisherman, Mike was born second in a set of triplets to his parents, Robert and Agnes Hammond, who preceded him in death. Mike was also predeceased by his brother Charles O'Dell. He is survived by his sisters, Michelle Strickland, Kaye Binning, and Trudy Connell; his son Michael Hammond (Liz), his daughters Becky Sargis (John) and Linda Walker (Randy); twelve grandchildren; and four great-grandchildren.

Mike will be laid to rest this Thursday at 10:00 am with military funeral honors. The graveside service will be held at West Tennessee State Veterans Cemetery in Cordova, TN.

Mike's family would like to extend a heartfelt thank you to Heart of Hospice in Olive Branch, MS.

To send flowers to the family or plant a tree in memory of Michael "Mike" Hammond, please visit our Heartfelt Sympathies Store.

We encourage you to share your most beloved memories of Michael here, so that the family and other loved ones can always see it. You can upload cherished photographs, or share your favorite stories, and can even comment on those shared by others. 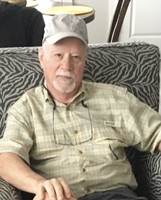