To share your memory on the wall of Veronica Norman, sign in using one of the following options:

Print
On Wednesday, June 2, 2021, Veronica “Ronnie” Knight Norman, a loving mother of 2 children, and 3 grandchildren passed away at the age of 55.

Ronnie was born on August 3rd, 1965 in Memphis, TN to Mary and Wayne Knight. On April 14th, 1988 she married the love of her life, Roger Norman and together they raised two children, Amanda Holliman and Melanie Houck as well as many other nieces, nephews and friends. Everyone always had a place at her house.
Ronnie was a wonderful woman who lived for spending time with her family and spending time with her grandchildren the most. She had a heart that was so big that she helped or took in whoever was in need. She lived her life in Independence, MS where she drove a school bus for many years.

Ronnie was preceded in death by her daughter, Tracy Lynn Holliman, her parents, Wayne and Mary Knight, her brothers Claude, Larry and Eugene, and her “ride or die” sister, Sandra.
She was survived by her husband Roger Norman, daughters Amanda Holliman and Melanie and Daniel “Red” Houck; and granddaughters Abby, Calleigh and Maleeya. She is also survived by her brother Ed and her sisters Barbara and Shirley, her mother-in-law Rivers Norman, sister-in-law Stacey and Leland Reed. Her “adopted” kids and grandkids are way too many to name but were loved as if her own! The family will receive friends, Sunday, June 6th 12pm until service time at 2pm at Hernando Funeral Home. Interment will take place at Eavenson Bett Cemetery in Independence, MS.

To send flowers to the family or plant a tree in memory of Veronica Lynn "Ronnie" Norman, please visit our Heartfelt Sympathies Store.

We encourage you to share your most beloved memories of Veronica here, so that the family and other loved ones can always see it. You can upload cherished photographs, or share your favorite stories, and can even comment on those shared by others. 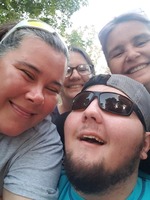 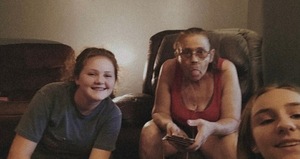 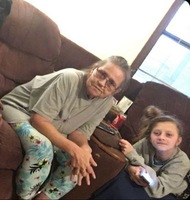